Grant Wells was born in Denver in 1988 and grew up in Larkspur, Colorado where he developed an early interest in drawing as a way of investigating the forest and wildlife around him. As a boy he would affix drawings to trees, sketch animals, and make rubbings of various textures. A reserved child, in school Grant was sometimes bullied but often excelled among his peers, cultivating a love of art in the margins and on the back of assignments. As a teenager Grant’s interests in the arts and humanities grew to occupy most of his time, often opting to spend his lunch period in the art classroom. In college Grant pursued a dual major in drawing and painting but a sudden onset of symptoms, resulting in a later diagnosis of schizoaffective disorder, forced him to recover at home where daily struggles with voices, medications, and substance abuse were nearly all-consuming for the next ten years of his life.

After regaining direction, Grant returned to college to earn a BFA in Drawing and Painting from the University of Colorado Denver in 2022. Much of his art today is impacted by adverse experiences with mental health, spiritual crisis, and recovery. Grant Wells considers himself to be an essentially self-taught artist and believes life and academia are what one makes for themselves. Grant now focuses on painting large-scale oil and acrylic scenes, depicting the figure in symbolic/surreal experiences and emotionally charged atmospheres. His goal is to develop a unique practice in expressionistic realism that evokes vivid presence, as if transported to an absent or lost reality. 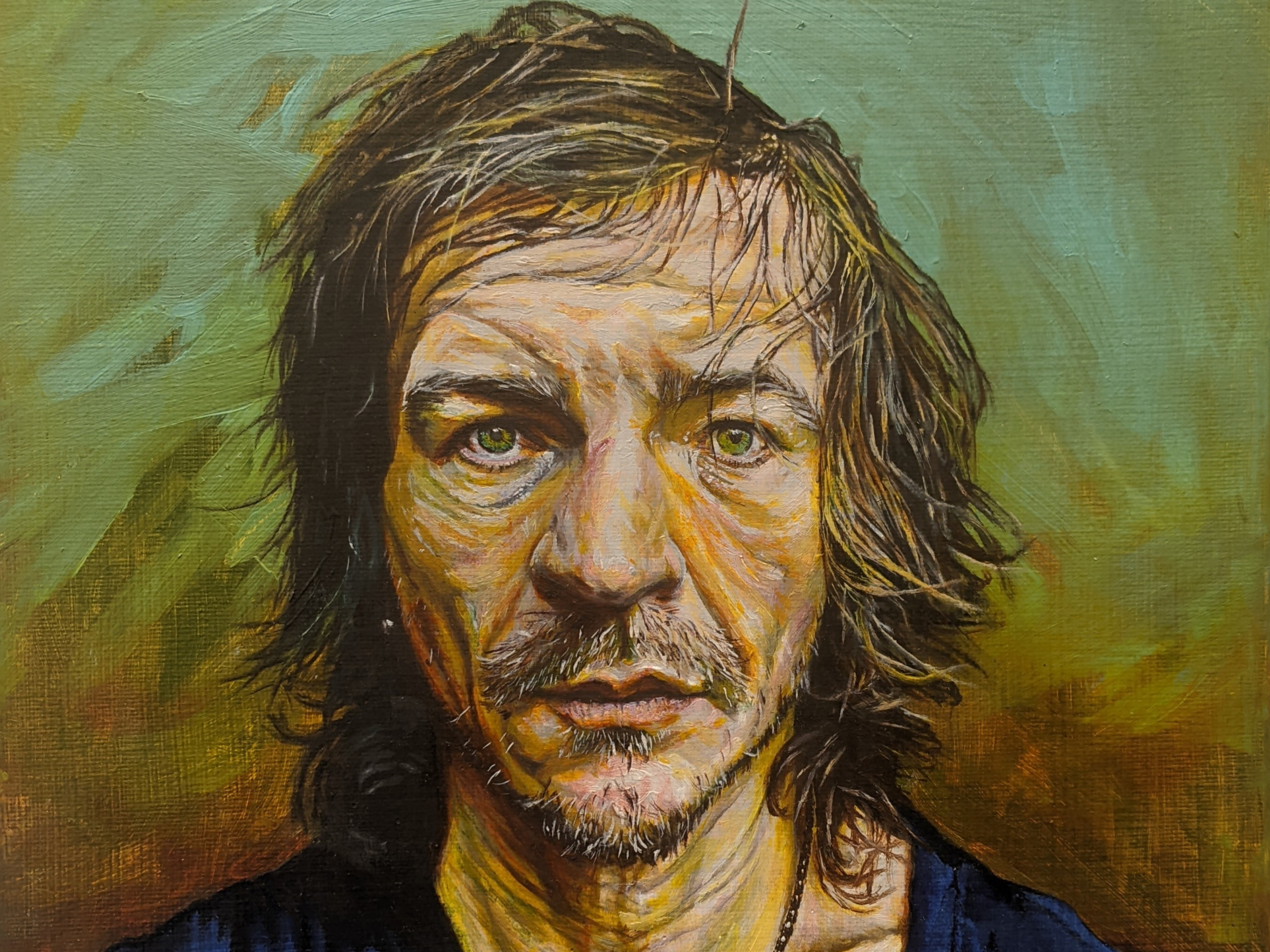 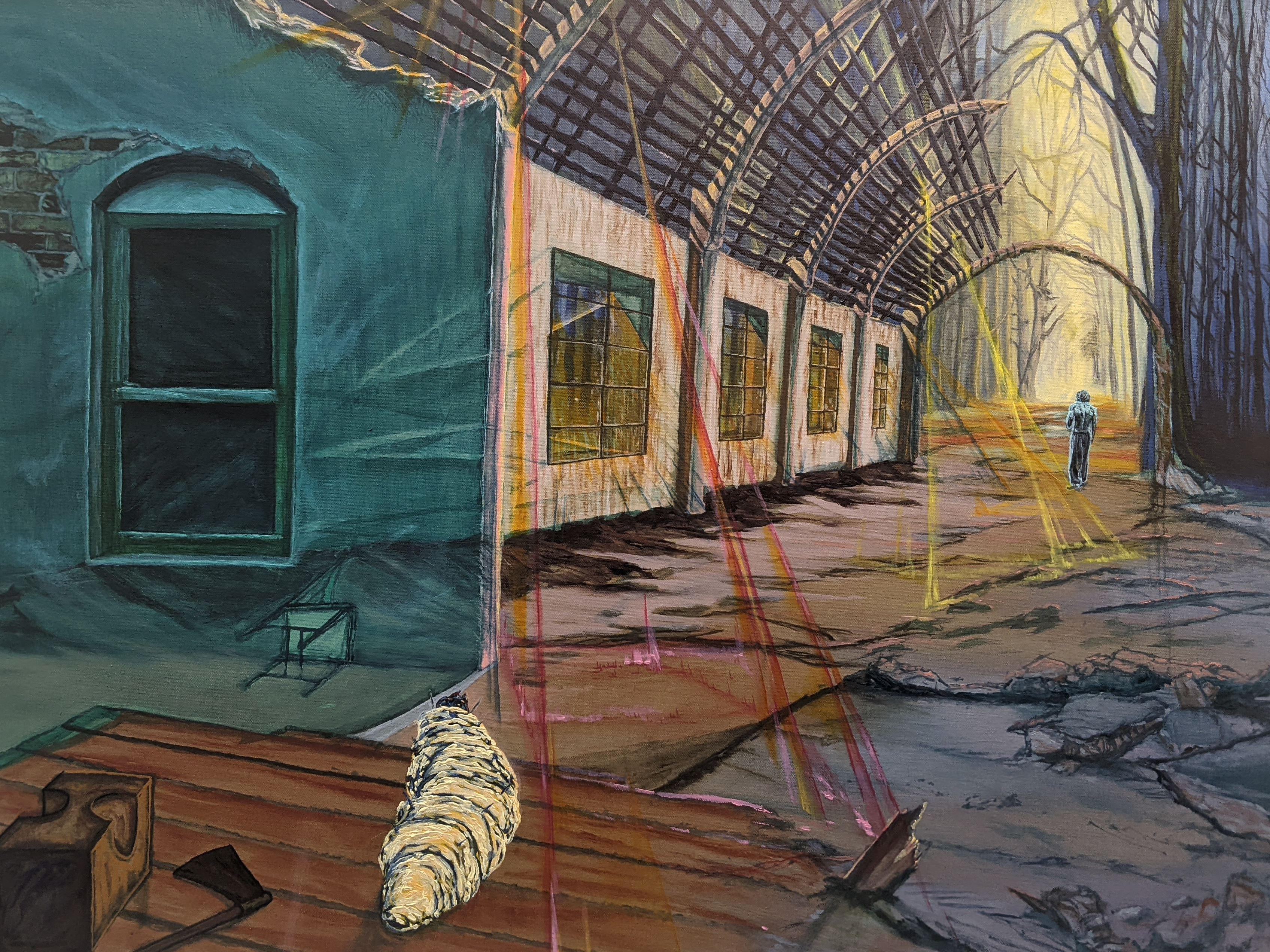 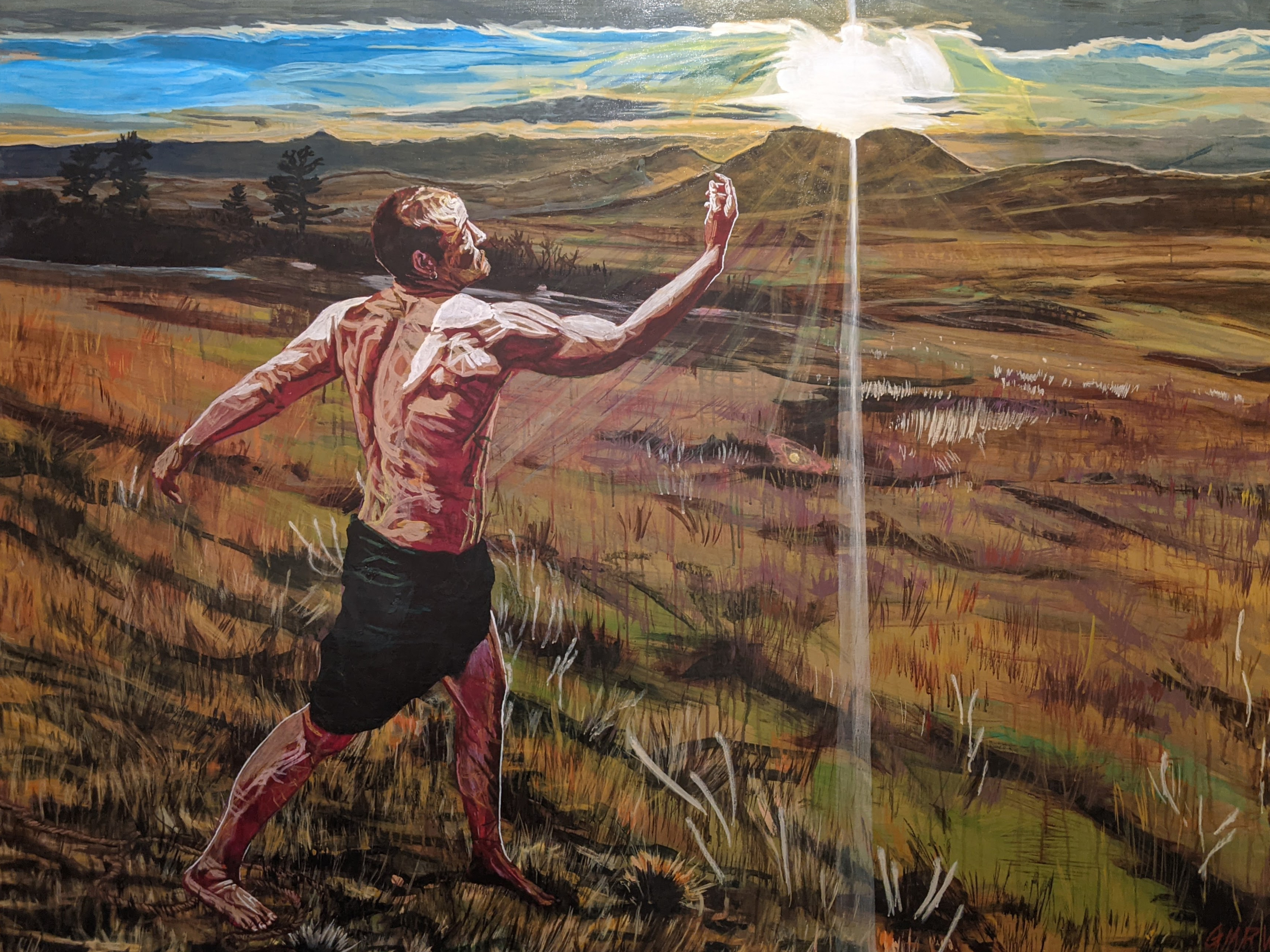