Leif Oberholtzer is a visual artist originally hailing from Manhattan, Kansas. While growing up there, his love of drawing emerged after first encountering comic books at the Manhattan Public Library. Inspired by Hergé’s Adventures of Tintin comics and Gerry Conway’s writing stint on The Amazing Spider-Man, Leif quickly began exploring his love of drawing as a way to convey narratives. At first, these narratives were merely comic-style pastiches involving pre-existing pop culture characters, but over time, they began to incorporate more and more original ideas. Towards the end of high school, he would eventually begin to explore mediums outside of comics, with watercolor painting and stop-motion animation seeing the most experimentation.

In the fall of 2017, Leif began attending Pikes Peak Community College. While there, he performed an independent study and produced a short 15-page comic story under the mentorship of Jonathan Orr, the college’s resident comics professor. After his graduation in the spring of 2020, Leif promptly made the move to Denver to transfer to the University of Colorado Denver to pursue a Bachelor of Fine Arts degree. There, he has learned more about painting and sculpture-based work. His focus ultimately remains with drawing, the medium that drew him to be an artist in the first place. Since the fall of 2017, Leif has been publishing work under the username “almighty axolotl.” You can see his work at www.almightyaxolotl.com 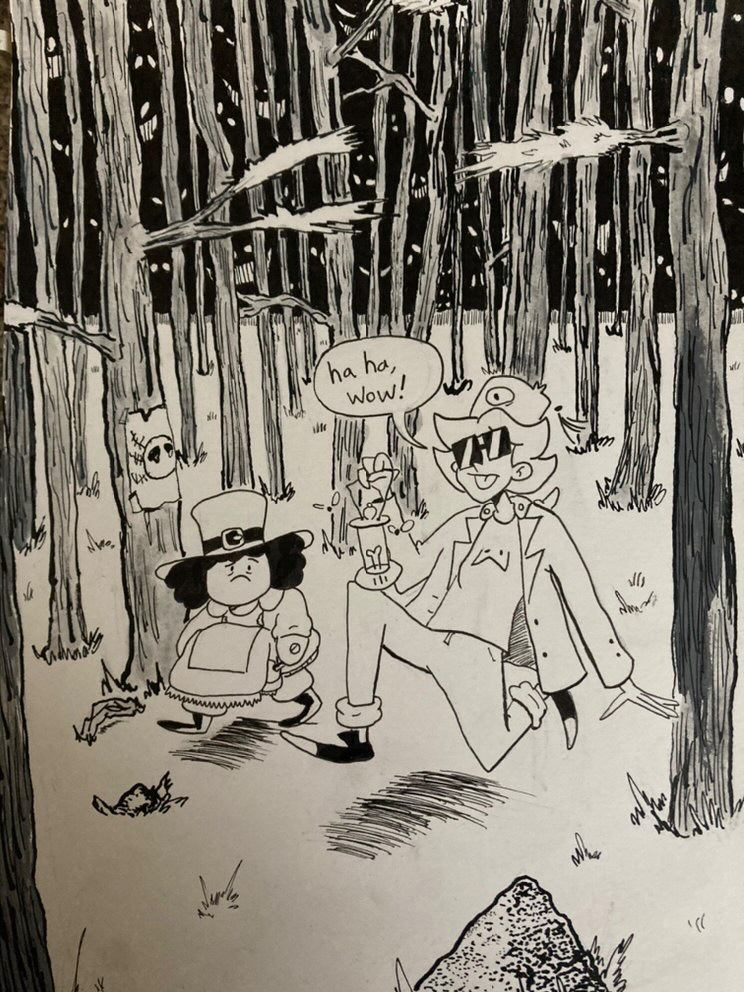